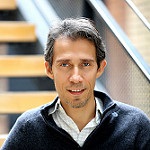 I am a former mathematician and telecommunication engineer, with publications in the field of arithmetical geometric and patent in network security. I also spend part of my career as a senior official responsible for teams of economists at the french Treasury. Since then, the bulk of my research in economics, presented in this HDR application, is guided by questions of public policy, and was in part initiated by discussions undertaken at the french Treasury. My research focuses on two broad areas. The first is decision theory under uncertainty. I first analyzed ambiguity aversion models, intended to model economic decision when the risk is imperfectly known, in order to see under which conditions the decreasing aversion property hold - that is, the fact that wealthier people are less risk-averse. I work currently on how to better take into account risk in cost-benefit analysis (e.g. using risk-adjusted social discount rate) from a theoretical point of view, but also with application to global warming and to the energy sector. I started also recently to work on the lack of commitment and time-inconsistency of environmental policies, which can be seen as a continuation of my older work on the impact of households’ time-inconsistency on borrowing and savings. A second axis is in the field of applied industrial organization economics. I worked in the past on the post-trade industry and on real estate brokerage, but my main recent activities in this regard are on transport economics. I first worked on the question of opening up to competition. In particular, I have evaluated the net gains and the trade-offs at stake in the implementation of competition in the long distance passenger market by means of franchise (for the rail competition) or open access mechanism (on the rail competition). In the latter situation, I also have analyzed a number of auction alternatives, in order to find out which one would be conducive to entry when there is "on the rail competition". I have recently started new works on access pricing in the railway system. Lastly, I initiated a research project on the economy of innovation, that won a call for tender of the french national agency for research (ANR), with three axes each adopting a different point of view (historical, empirical and theoretical).