How should antitrust laws be enforced? 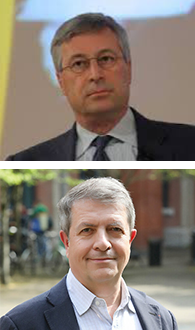 Commitment decisions, introduced by Europe in 2004, have become a common tool for resolving antitrust cases. But there is scant formal economic analysis to tell us whether they are the best way to enforce competition laws. The TSE Competition Policy & Regulation Center aims to provide a more nuanced understanding about whether such measures promote the common good. In a new working paper, TSE’s Patrick Rey and co-author Michele Polo suggest ways to use this procedure more judiciously, balancing negotiated remedies with full-scale investigations.

How do commitments work? And what are the concerns about their use?

Commitment decisions constitute an enforcement tool designed to help competition authorities swiftly resolve antitrust cases. Under this procedure, firms under investigation can offer remedies to address competitive concerns identified by the authority. If accepted by regulators, these remedies become binding commitments. The case is then closed, and the firm is not subject to any fine or finding of infringement.

The benefits of this ‘light-touch’ mechanism, in terms of saved time and resources, have encouraged the increasing use of commitments by the European Commission and many other jurisdictions. Advocates claim that both firms and society benefit from speedier resolution of cases – unlike the long, costly and uncertain process of a full-scale investigation exposed to judicial review – and from the potential for proactive, tailor-made remedies.

However, critics fear that this tool may weaken deterrence and encourage firms to attempt dubious practices, safe in the knowledge that they have an escape route to avoid facing sanctions in the event of an investigation. There are also concerns about cases being hastily resolved in the absence of legal precedent and transparency, and the weakening of due process.

What framework do you use to examine this procedure?

In our model, a firm must decide whether to undertake a profitable action. The firm knows whether this action is pro- or anti-competitive, whereas the enforcer only has prior beliefs about it. If the firm undertakes the action, the enforcer must decide whether to open a case. Initially, the only instrument in the enforcer’s toolbox is to run an in-depth investigation. This is costly for both enforcer and firm but can sometimes provide evidence of an infringement, obliging the firm to abandon the anti-competitive practice and pay a fine.

We then consider an alternative policy regime in which commitments are available whenever a case is opened. These commitments reduce the impact of the firm’s action on social welfare as well as on the firm’s profit. Whenever a remedy is offered, the enforcer must decide whether to accept it and close the case, or run a full-scale investigation.

What are your key findings?

When the commitment procedure is not available, the enforcer is certain to run an investigation if the firm’s action is particularly likely to be harmful. As the enforcer’s prior beliefs about this likelihood become less pessimistic, the probability of investigation decreases. This is because investigations are costly even when the firm is found to have done nothing wrong. On balance, however, enforcement is socially beneficial as it deters anti-competitive actions more than pro-competitive ones.

When the commitment procedure is available, this gives rise to a game in which the firm – being the proposer according to the European regulation – offers the minimal commitment that the enforcer is willing to accept to avoid the investigation costs. A key difference with the first regime is that investigations are no longer certain, even when the firm’s action is very likely to be anti-competitive. As a result, the availability of commitments reduces screening and deterrence.

The impact of the commitment procedure is, however, more nuanced for practices that are considered less likely to be anti-competitive. Here, the availability of commitments may enhance welfare, because in their absence the probability of investigation would be quite low anyway.

Comparison of the two policy regimes, without and with commitments, shows that introducing the commitment procedure undermines enforcement and reduces welfare when the firm’s action is very likely to be socially harmful. This suggests that commitments should not be made available for practices that are very likely to be anti-competitive. However, the value of investigations in terms of deterrence and screening becomes less relevant when practices are expected to be less socially damaging and require less enforcement.

Mirroring existing practice in Europe, our study assumes that firms have the initiative in proposing commitments. Designing the procedure to confer greater bargaining power to the enforcer, for instance by giving it the initiative to propose a commitment, may induce firms to accept greater commitments to save on investigation costs, and thus improve welfare. This would enhance deterrence by further reducing the firm’s expected profit from the practice in question. It would also improve screening in some cases, by reducing the value of the commitment option for a bad firm.

The policy discussion often emphasizes the reduced enforcement costs of commitments. However, we show that these cost savings also tend to reduce the minimal acceptable commitments, undermining the effectiveness of this policy tool. Designing the procedure to ensure that commitments must exclusively remedy the competitive harm – ignoring any saving on investigation costs – may also confer greater bargaining power to the enforcer and make commitment decisions more effective.

The Nobel Prize was a tipping point