How will the world’s poorest countries afford to develop their infrastructure? Stéphane Straub leads the ‘Developing Countries’ research program at the TSE Infrastructure & Network Center. In a new paper co-authored with Marianne Fay (World Bank) and TSE visiting researcher David Martimort (Paris School of Economics), he examines whether attracting private investors is the best way to jump-start improvements to key sectors such as transport, water and energy. Rejecting standard policy narratives, their analysis reveals the benefits of balancing private and public-sector strategies. 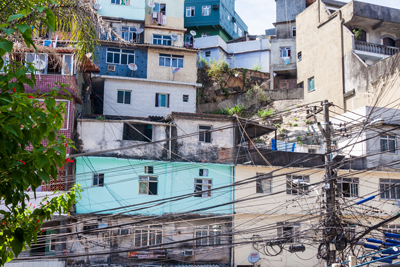 Around one billion people lack access to electricity; about one third of the world’s population uses unimproved sanitation facilities; and 660 million lack access to an improved water source. At current rates of investment, this gap will not be closed soon. Fay et al. (2019) report annual spending estimates of between 1.9% and 3.5% of GDP for Africa, way below its estimated need of 9.2%. Using detailed survey data, Fay and Straub (2019) suggest it might take some Latin American countries more than 90 years to provide a water connection to the poorest 10% of households.


What’s holding these countries back?
Lack of infrastructure investment is suffocating development. In Lebanon, for example, the energy sector combines tremendous inefficiencies, with high generation costs because of reliance on expensive diesel fuel, up to 40% transmission and distribution losses, and prices well below cost-recovery levels. As a result, it imposes rolling blackouts several hours a day, at a high welfare cost to consumers and firms alike. In addition, the government routinely covers the state electricity company losses, which generated about half of the national fiscal deficit between 2008 and 2017.

Poor countries often find it impossible to charge meaningful user-fees without entirely suppressing demand, due to low levels of individual income. At the same time, their governments are unable to extend subsidies to substitute fee-based resources. Private finance, international institutions and bilateral donors have so far been unable to bridge the spending gap. In developing Asia, for example, multilateral development banks have contributed a mere 2.5% to infrastructure investment. Globally, less than 13% of investment in developing countries comes from the private sector.


Will private finance come to the rescue?
The hope is that public finance may under certain conditions crowd-in private finance through so-called blended finance arrangements, also known as a ‘billions to trillions’ strategy. The poster child for this strategy is Turkey. Over more than a decade, $5.6 billion in loans aimed at energy-sector reform, upgrading transmission lines, reduction in distribution losses, as well as technical and policy assistance, led to 10 times as much in private investments. This happened as Turkey’s average income level increased rapidly, reaching a per capita GDP of approximately $10,000.

Other developing countries have been less fortunate. In 2018, an $11 billion pledge from the international community to invest in Lebanon was supposed to attract at least 35% of these resources from the private sector. However, no such investments have materialized. This should come as no surprise, in a country where public-private partnerships have been plagued by governance failures, including corruption, government opportunism and internal division, and the lack of credible creditors’ rights or an independent regulator.

These and other examples show that reliance on private investors is hardly a simple and straightforward solution. In fact, this strategy may be hardest in countries and sectors that are most in need of investment. Using World Bank data for a sample of infrastructure public-private partnership (PPPs) projects, our paper reveals that the actual share of private debt in these PPPs is only 39%, and is quite dispersed within countries across projects, but also across countries at similar levels of development. While richer countries seem to attract slightly higher levels of private finance, some upper middle-income countries have been quite unsuccessful, reminiscent of our observations of Turkey and Lebanon.


What lessons does your research have for policymakers?
Our paper develops a theoretical model to analyze the feasible level of private finance for infrastructure projects, in which access to outside finance, the extent of cost recovery resulting from the regulatory decision on pricing, and the amount of public subsidy are jointly determined. This highlights key trade-offs. In particular, to achieve a sufficiently attractive combination of regulated prices and public subsidies, policymakers are often forced to make difficult choices between financial viability and social inclusion.

As well as underlining the need for sufficient levels of demand, our model shows the feasibility and desirability of outside finance is affected by the nature of projects and economic and institutional features such as regulatory capacity and corruption. The efficiency of bankruptcy procedures is among the key characteristics correlated with the share of private debt. Ensuring stronger creditors’ rights tops the list of desirable policy reforms.

Interestingly, some institutional improvements can make public subsidies more efficient, including those that lower the cost of public funds and improve financial competitiveness. As budgetary pressures and the cost of taxation decrease, it becomes more attractive to rely on transfers rather than user fees. Similarly, more efficient financial markets enhance the sensitivity of finance to regulated prices. This results in both lower levels of private finance and lower prices. Other improvements have more mixed effects. Reduced corruption, greater bureaucratic efficiency, or regulatory quality allow for higher levels of private finance, but induce higher prices for the service.

Policymakers should therefore not consider private finance as the only way to close the infrastructure gap. Reforms meant to improve the business environment are likely to have competing effects. Some will make infrastructure ventures more attractive for private financiers, others will improve public sectors’ ability to raise taxes and spend efficiently.

Article published in TSE Reflect, May 2022

Political firms, public procurement, and the democratization process in Paraguay